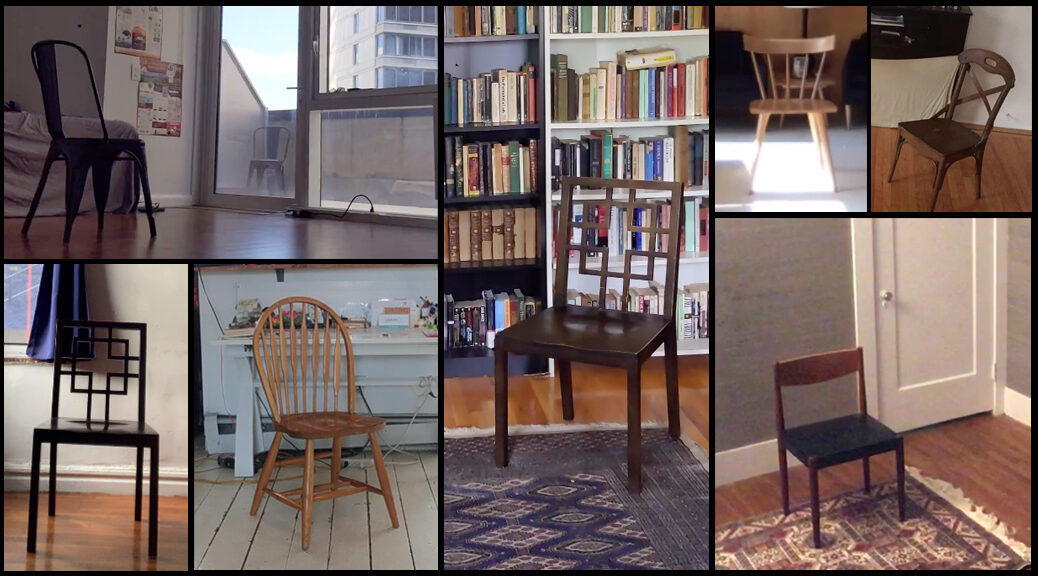 Watching this thoughtfully reconceived version of Rooms, you’re aware of the silences and the stillnesses that pit both the choreography and Hopkins’s emotionally and environmentally charged score. …let us…thank the spirit of Anna Sokolow for showing us the darkness so fiercely.
Deborah Jowitt, DanceBeat

The innate and fragile nature of being human, of wanting community, of dreaming ever of a better future and being disappointed in the present is rendered honestly and succinctly through this work.
Angela Allyn, Chicago Stage Standard

This has been a journey of about 45 minutes, full of a unique vocabulary of shifts and pacings and collapses that brings us close to inner states of discomfort. Sokolow Theatre/Dance Ensemble has re-imagined Sokolow’s Rooms for a pandemic era online presentation – and Rooms2020 works, because they’ve done it well – and Sokolow’s choreography is so inventive and strong.
Susanna Sloat, DanceTabs.com

The movements are generally simple, but the dancers vivify them with emotion that flows from Sokolow’s knowing eye. Despite the darkness of the work, it is rich in detail. Watch it for its essential artistry. There are shades of all of us in these unhappy but determined people.
Joel Benjamin, TheatreScene.net

…the work feels even more authentic, given that the eight dancers, located around the U.S., were truly isolated from one another while performing the reality that Sokolow originally envisioned. Rooms is a remarkable work, which stands the test of time, with or without a pandemic.
Bonnie Rostock, ExploreDance.com

April 15, 2020 was to be the Sokolow Theatre/Dance Ensemble’s opening at the Mark O’Donnell Theater in Brooklyn, in Real+Surreal. We had planned to present two of Anna Sokolow’s signature works: the surrealist Magritte, Magritte and Rooms. Rooms was intended to be the ‘real’ half of a program that celebrated these works on their 65th and 50th anniversaries.

Rooms, Sokolow’s 1955 masterpiece, examined the psychic isolation and unfulfilled desires of characters isolated in their small, city apartments. The controversial and groundbreaking work breathed with the loneliness and alienation following the breakdown of wartime solidarity, when the threat of atomic annihilation, the 1952 polio epidemic, and the Red Scare hung like invisible contagions and created a mood of pervasive uncertainty and dread over America.

As opening night approached, a new contagion spread across the world, and human existence changed. In 2020, Rooms has become both real and surreal. Anna Sokolow’s 1955 choreography resonates with uncanny power in a world where people everywhere are living quarantined in their homes. Surely, cut off from each other in the grip of a global pandemic, we are all living Rooms.

This abrupt change in circumstances has forced an adaptation in our approach to Rooms that has required the company to rise to unique challenges to its directors, its dancers, and in how the performance will be presented. Separated from one another, our rehearsals and theater dates cancelled, The Sokolow/Theatre Dance Ensemble has come together to create a virtual presentation of Rooms.

While the three directors—artistic director Samantha Géracht and associate artistic directors Eleanor Bunker and Lauren Naslund—rehearsed the dancers and directed camera angles over Zoom, the responsibility of actual videorecording was taken on by the dancers themselves. They were ready for performance in the theatre, and now had to rethink, restage, light, film, and costume themselves with what they have access to where they are living in isolation.

The recordings made by the dancers have been edited by Ms. Naslund into a full-length video version of Rooms, which premiered on June 25, 2020.

Your support is needed now, more than ever, so, please, give as generously as you can. Perhaps this is a $30 donation, the price of a ticket. It may mean meeting or doubling your donation from last year or even underwriting the tech support required for an upcoming virtual production. Every donation matters. Donate now.