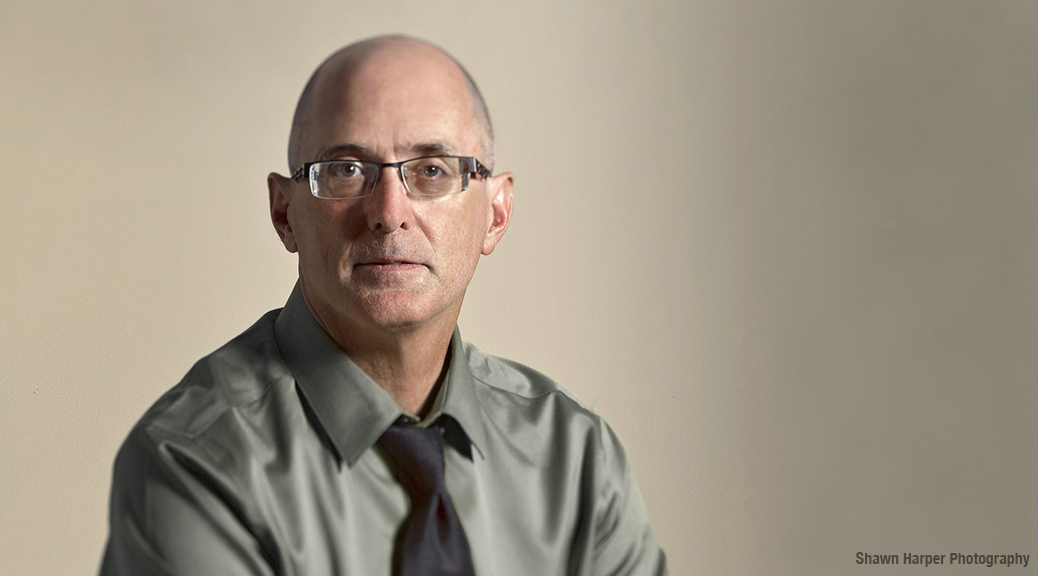 As part of our Spring 2019 season, the Sokolow Theatre/Dance Ensemble is honored to present the New York City premiere of “This is Not America,” by guest choreographer Robert Cleary.

Mr. Cleary is co-artistic director of Kanopy Dance Company in Madison, Wisconsin with his partner, Lisa Thurrell. The Company features works by its artistic directors and local, regional, national and international choreographers; and historical dance masterworks, all linked by the desire to create thought-provoking dance that is daring, elegant, humorous and bold.

Mr. Cleary has toured, performed, choreographed, and taught throughout the U.S. and in Denmark. Influenced by ballet, postmodernists and modernists, he is constantly exploring new forms of dance expression. An extraordinary movement artist, physical theater fits him like a second skin. His choreography has been commissioned and presented throughout the nation. See Meet Our Guest Artists for a complete bio.

What excited you about dance at the start of your career?

The athleticism. Like a lot of American men of my generation, (62 years young) I started late, 21 years old. Over time, through dance, I was exposed to artistic values and sights and sounds that a young jock from the Midwest might not have ever experienced, as I was diverted from my planned future of chartered accountancy.

Did the major themes of your generation have any impact on your life as a dancer and choreographer?

Lately, I’ve been answering this very good question this way: before dance, I was a jock, highly awarded and respected as such, lounging around locker rooms and making faggot jokes with everyone else. Three years later, I’m under a touring contract with a Midwest ballet company, and 90 percent of my closest friends are members of the LGBQT community. And then, everyone started dying. It’s hard to explain the fear and horror of those years (the 80s) to young artists today. Where I am today, is like many of my generation… I know for certain that better, wiser, smarter artists than me died during those years, while I survived. Life is beautiful and wonderful; it’s also terribly unfair.

Who were your influences as a dancer and as a choreographer, and what was it in their work that inspired you?

In the end, I’ve always considered myself a Midwest, or better yet, a Great North artist. So there are all these especially Minneapolis-based artists that influenced me. Loyce Houlton, who brought Mary Hinkson to Minneapolis, from whom I found out about Martha Graham. David Voss, a master teacher from whom I found out about Louis Horst. Back in the late 80s and 90s there was a theater company called Theatre de Jeune Lune based in Minneapolis, and from the directors of that I came to understand how physical theater can impact dance and vice versa. I guess it’s the theatricality of dance that in the end inspires me. You don’t have to tell a narrative story, but you have to move people, to think, to act, to question … or why perform??

How important to creating dance is the matter of a choreographer’s identity?

Good question, because this is a really hard question!! The smarty pants answer is to say it doesn’t matter at all (or shouldn’t) but that’s not how the real world works. In the end, one has to put their own identity into their art. Just the act of consciously trying not to put yourself into the work, means you are influencing your work. Describe your approach to directing a dance. I’ll have my own ideas, concepts, notions of what would really work and look good, but then one has to incorporate the dancers, who are living thinking artists themselves. I always want the dancers in my work to have a say, to be invested in my idea.

What has been your experience working with the Sokolow Theatre/Dance Ensemble dancers?

They’ve been fabulous! By training and environment, the Sokolow dancers are willing to try different approaches, and different voices. In choreography, do you start with an idea of what you want to say? Or do you start with movement, or with music, and let that tell you what you mean? For the most part, it’s an idea, wanting to say something. I’m OK with being labeled as a choreographer who’s always making “political” statements. However, having been co-director of Kanopy Dance in Madison, Wisconsin for the last 25(ish) years, I’ve had the ability (along with my wife and co-director, Lisa Thurrell) to assign myself a block of time and dancers and to work outside of my comfort zone. It’s been a lucky life circumstance where I’ve been able to stretch and fail (and succeed) without drastic consequences (like the company collapsing under the weight of one bad show).

“This is not America.” Pretty provocative title. Was there a specific inspiration for this work?

Me and titles… a constant battle between my wife and I. Titles always come last for me. If I could, I’d just number every dance (the jock in me). When push comes to shove, I’ll often just go to the title of the music. Half the music in “This is not America” is the Ahn Trio playing the David Bowie song. Very haunting with strings. The piece came together in stages, in 2000. I choreographed to just the Bowie song, it was a duet for a couple with a solo happening at the same time. The couple are blissfully oblivious to the suffering of the soloist. Even though I often make political statements with my work, I also often try not to be to specific about the politics. I try to look at big pictures. I think Bowie and myself were commenting on the class divide inherent in American life. Now we call it the ‘growing class divide.’ In 2009, I decided to add to the piece, and asked myself the question, ‘How did the soloist get to where he is in the piece?’ Probably at the time it was my reaction to where we as a country had gotten to after eight years of the Patriot Act. Now in 2019, I think all of “This is not America” is still a big picture piece, it’s about class divides and why do we choose to just look away from injustice and uncomfortableness.

How did you come to work with the Sokolow company in New York?

Samantha Geracht did her undergraduate studies at University of Wisconsin-Madison, and met my wife Lisa there (back in the stone age, before Al Gore invented the Internet). Midwest Connections!

Before this collaboration began, how much did you know about Anna Sokolow and her work?

Actually, a fair amount. I’ve always been a devotee of Martha Graham and her connection to the theatrical side of dance. If you care about that, then at some point you just have to gravitate to Anna.

Where is modern dance going as a form of dance with meaning?

I think it’s going where it’s always been going, out ahead, trailblazing for everyone else.

There was a time in the late 20th century when choreographers treated dance as just movement. Has contemporary dance come back to being a personal expression?

I hope so. I think it’s much more interesting when there is some sort of meaning to the dance/art.

Are young dancers today aware of where the art form they practice came from?

Sorry to sound self-serving here, but at Kanopy Dance in Madison they are. We teach and stress this point every day. We know others in the dance industry who also do. And then there is the Dance Moms, which is a large part of the Dance Industry today. Are most young dancers today aware of where the art form they practice came from? NOPE. But, if they really want to be a dancer, sooner or later they have to find out, they have to acquire that knowledge of their forbears, or the dance industry will chew them up.

What’s different from when you were their age?

Their expectations are heightened. They want it all, and they want it fast, and I don’t think that’s a bad thing. I love when young dancers come to me with smartphone in hand asking me hard questions about why this technique, why this style of choreography. They challenge in ways I wouldn’t have thought to in my youth, or (I like to think) maybe I would have if I had their resources.

What challenges do they face that you remember from the beginning of your career?

The challenges for all young dancers then and now have always been the same. We want to fly as close to the sun as possible without getting burned and lose our wings. And there’s the rub ….

For more information about the concert and how to get tickets, see March 21-24 2019 Spring Season.