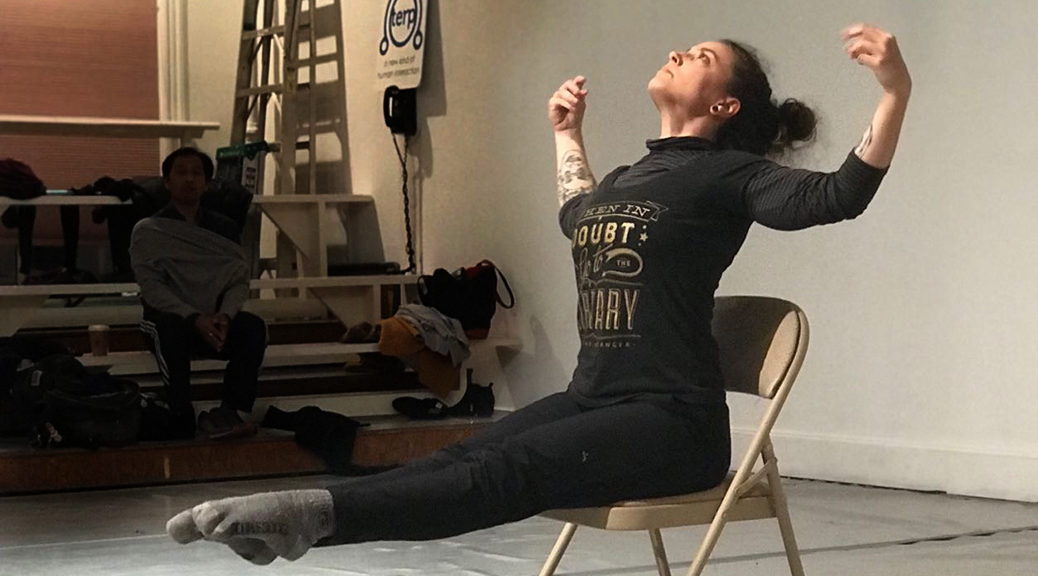 The year 2020 marks the 65th anniversary of Anna Sokolow’s masterpiece Rooms. This spring, the Sokolow Theatre/Dance Ensemble will present Rooms and Magritte, Magritte (1980) in a program titled Real+Surreal.

Rooms rehearsals have been underway since September, directed by Samantha Géracht, Eleanor Bunker, and Lauren Naslund. Dancers and directors both are finding it a demanding process of digging deeply into feelings and imagination. Rooms is probably Anna’s most well-known work, yet there is always more to discover within it.

Rooms premiered in February 1955 in New York City at the 92nd St. Y. It was ground-breaking in many ways. Kenyon Hopkins composed and conducted the music, performed by Teo Macero, Clem DeRosa, Charles Mingus, Hall Overton, and Bart Wallace. The dance depicts nameless, non-idealized city dwellers, living their dreams and frustrations in quietly desperate isolation. Anna used chairs to represent those characters’ rooms and the limitations on their lives, an innovation that has been adopted by later choreographers many times over.

Walter Terry wrote at the time:

“Miss Sokolow has given her subject stunning theatrical treament through movements which are striking as pure dance action but also revelatory of the individual dreams of each of the participants… Indeed, she makes you care about her characters to the degree that their problems replace your own.”

Mark O’Donnell Theater at the Actors Fund Arts Center
160 Schermerhorn St, Brooklyn
April 17, 18 and 25 at 8:00 pm
April 19 and 26 at 3:00 pm
The April performances have been cancelled. Please see here for more information.