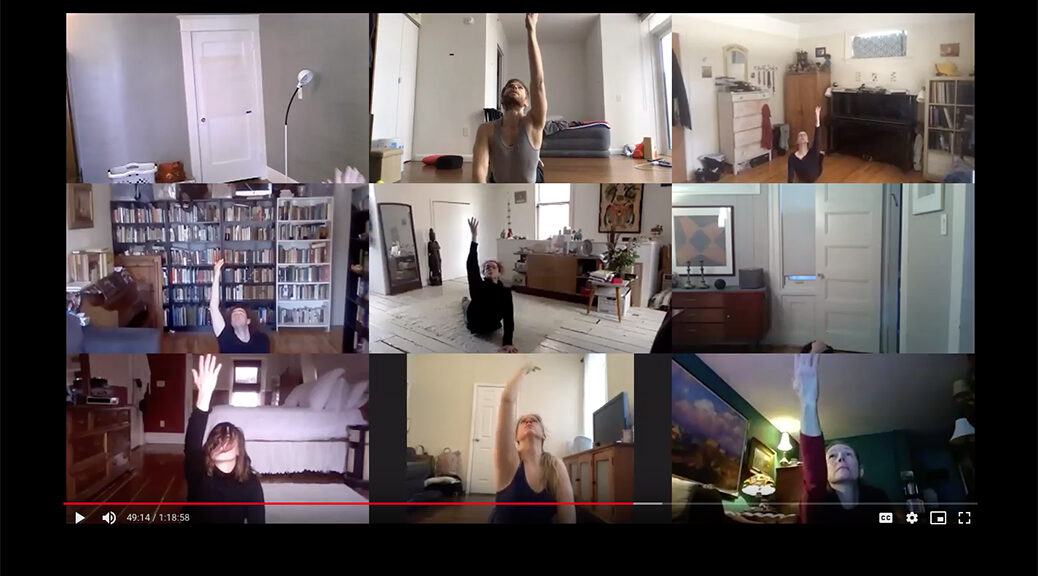 April 15, 2020 was to be the Sokolow Theatre/Dance Ensemble’s opening at the Mark O’Donnell Theater in Brooklyn, in Real+Surreal. We had planned to present two of Anna Sokolow’s signature works: the surrealist Magritte, Magritte and—perhaps her most well-known masterpiece—Rooms.

Rooms (1955) is a study of individuals, isolated in their small, big-city apartments, alone with their dreams, fantasies, and fears. When it became clear that we had to cancel the performances and distance ourselves, it also became clear that the world of Rooms had become reality. Could we still dance together in our new isolation?

April 15 will still be a performance date. The Sokolow Theatre/Dance Ensemble will bring together a community of former company members, guest artists, students and friends for a Zoom performance of Anna Sokolow’s The Unanswered Question. The dancers will span the globe: from New York, New Jersey, Massachusetts, Pennsylvania, Illinois, Oregon, Thailand, and France. The performance will be recorded and shared on our website.

Also in the works is Rooms 2020, a reinterpretation of Rooms in video and video chat, as a response to the reality of self-isolation. As an ensemble that has always worked in close physical contact, this is uncharted territory. We all look forward to performing Rooms together on a stage again,  but until then, we will find new ways to dance, together.