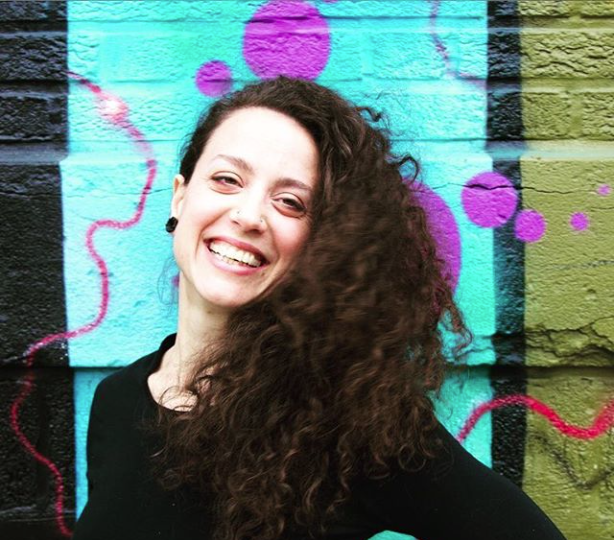 Meet dancer Margherita Tisato!! “When I first met Anna’s work I was in my early 20s, lived in Italy and though I had done plenty of modern dance based work, I was struck by the directness of her choreographic choices. Over the years I’ve come to appreciate, not without struggle, the distilled quality of it as well, and learning more about it created a practice in my own artistic path to edit out the unnecessary, to look for the essential movements and then charge those with more meaning than they would hold if the were lost in a sea of other movements. I’ve never met Anna in person, but all my guides often mentioned that what she was most concerned with was whether or not she believed the dancer: that quality of honesty also influenced me greatly, and I carry that question of truthfulness in my teaching of yoga, movement and intentional embodiment. As a Butoh dancer I can also connect to that search for a movement that comes as a response to a deeper sensation: in Butoh we talk about it sometimes as being moved by something other than our own individual will. It’s a bit different in Sokolow, as her dedication to themes that had a socio-political impact requires us to step into our own individual humanity to speak to universal themes, but the depth is similar, and both ask us to delve deeply into darkness as the only way to find a way out.”